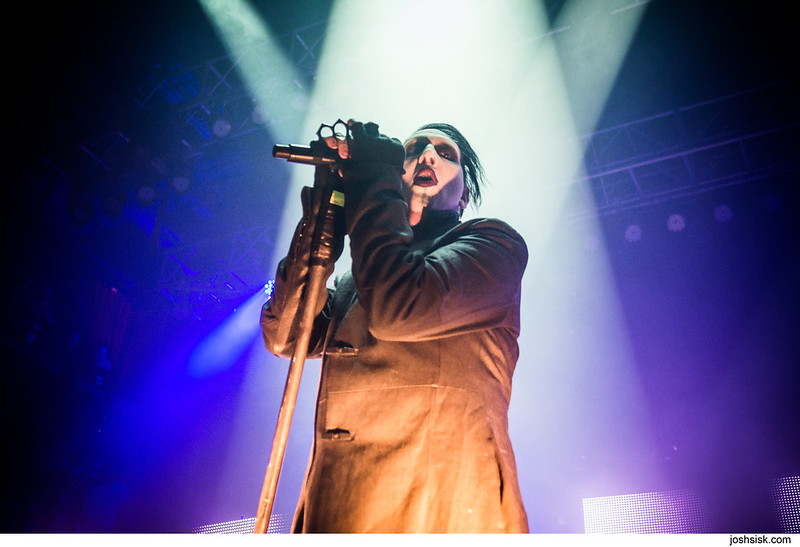 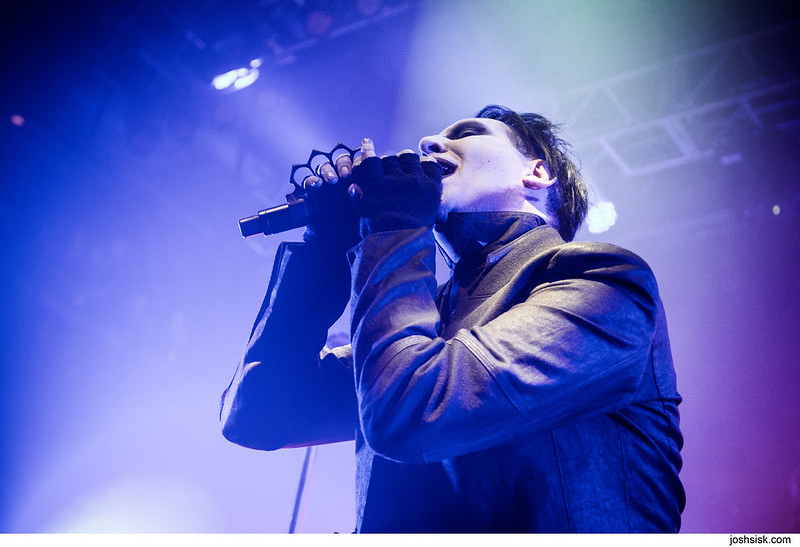 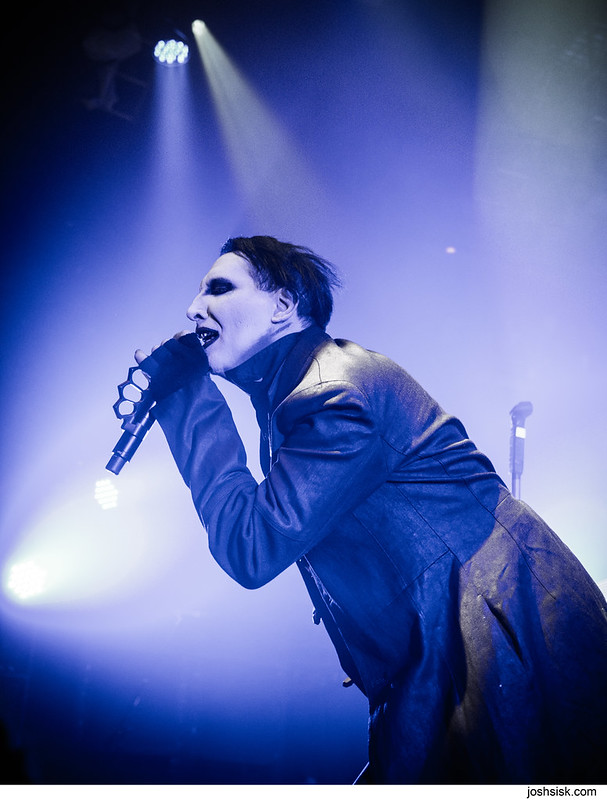 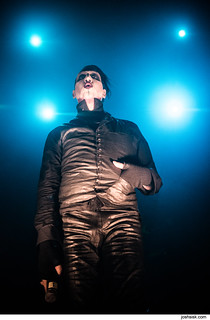 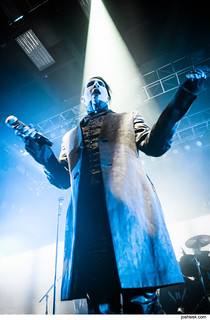 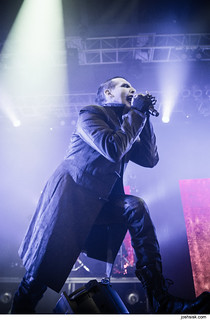 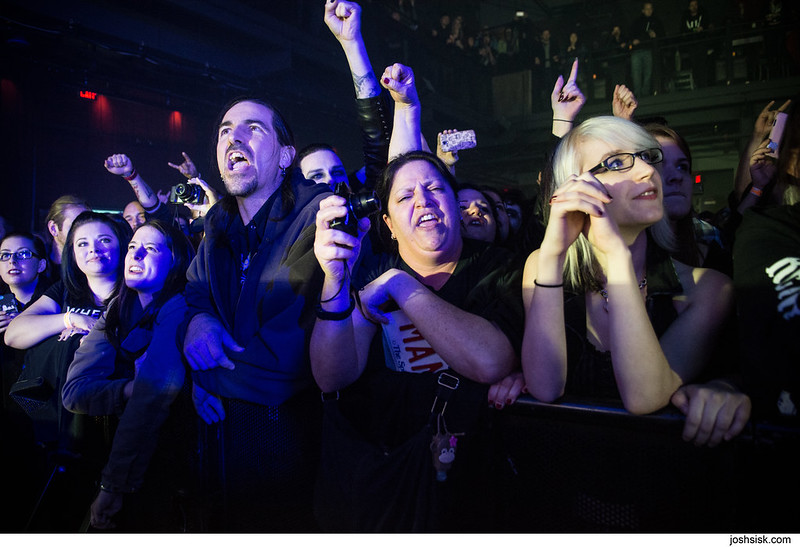 I shot and wrote a thing for Noisey about the Marilyn Manson tour opener at the Fillmore… photos above, here is the text:

Yesterday, I got the all-clear to shoot the Marilyn Manson tour opener in scenic Silver Spring, Maryland. After a hiatus of sorts, my generationâ€™s number one shock rocker is back with a comeback album, The Pale Emperor, and this show would be the first chance for live impressions. Iâ€™ve never been a Manson fan really; as a teenager, I liked some of the early songs like â€œLunchbox,â€ and once saw him open for Nine Inch Nails, but by the time he hit full superstar mode, I was too busy listening to hardcore and screamo records to care very much about what Brian Warner was getting up to. Still, the guy is an iconâ€”of course I wanted to see his show!

After navigating a line that literally wrapped around the block (later, I was told that concertgoers had started lining up twelve hours before doors), I went in expecting some serious 90s rockstar antics. I wasnâ€™t disappointed. In a set filled with solid hits, Manson’s show also featured multiple costume changes (including four costume changes for the microphone itself), casual cockiness and furious anger at the sound guy, calls for fans to throw drugs on stage (he casually picked up one baggie containing an impressive amount of powder and filed it away in his back pocket for later), a contingent of women with their tops off and Manson lyrics written on their bodies, and of course, calls for the crowd to suck his dick. In true rock star fashion, any time he was done with an objectâ€”a microphone, an open bottle of water, a glass of liquorâ€”he just let it drop to the ground, and someone would scurry over there to put it back in its rightful place without the show missing a beat.

After the showâ€”which was entertaining enough to me, a non-fan, to stay until the endâ€”the overall fan reaction seemed pretty ecstatic. One gothy teenager beamed at me and asked if I also thought that it had been the best concert ever. A few people I spoke to did say that they were disappointed with his vocals (though I must say that they sounded generally fine to me). I asked them if they thought that made the concert suck, and one of them replied enthusiastically, â€œNo! Marilyn Manson canâ€™t do a bad show!â€

Read WELCOME BACK TO THE DOPE SHOW: PHOTOS FROM MARILYN MANSON’S ‘THE PALE EMPEROR’ TOUR OPENER on Noisey | SEE ALL THE PHOTOS HERE