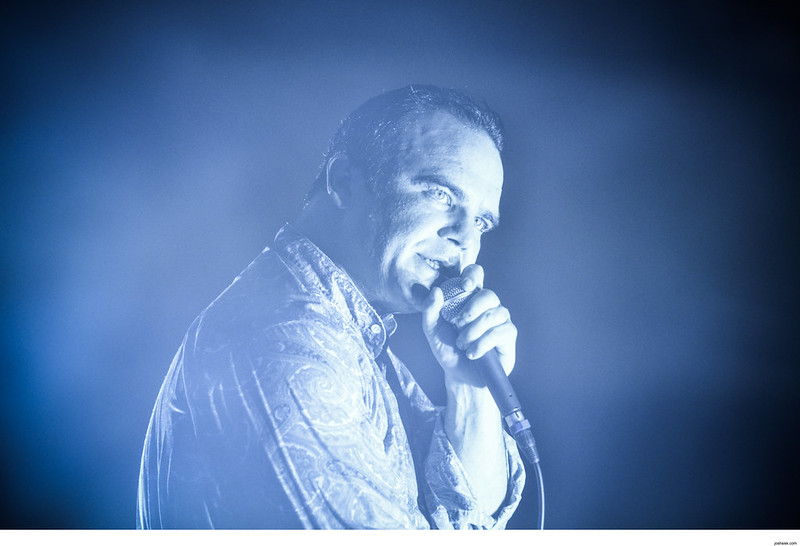 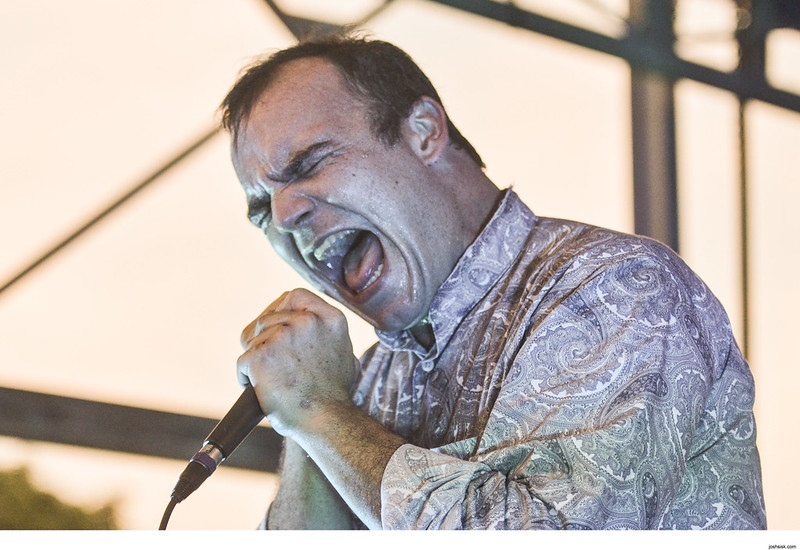 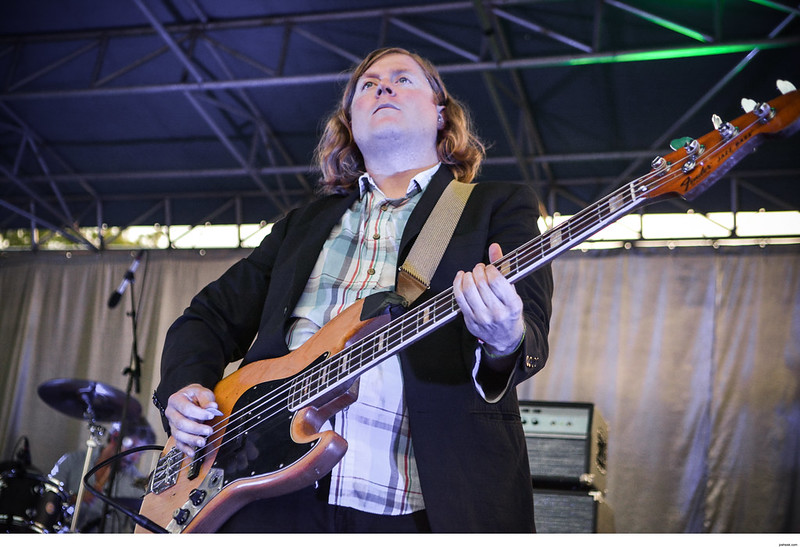 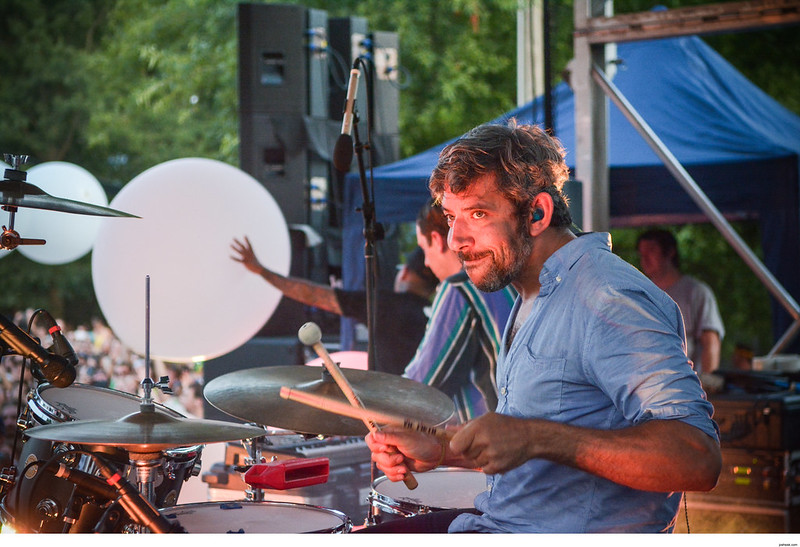 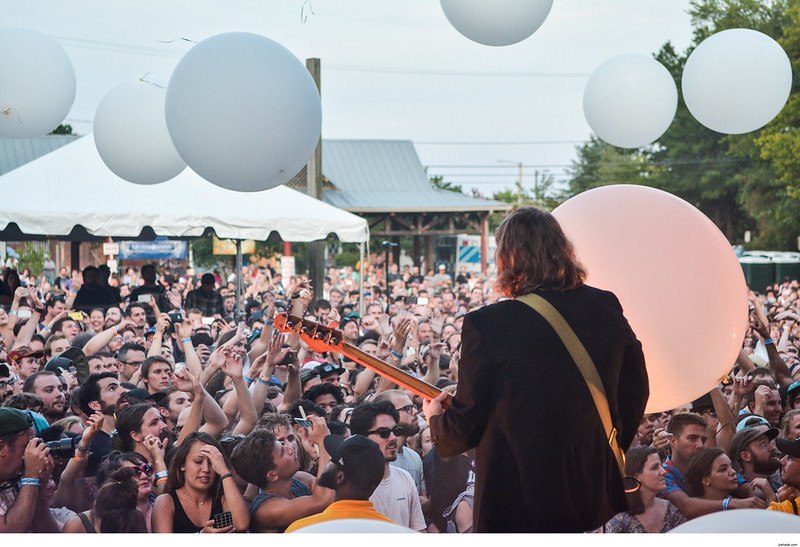 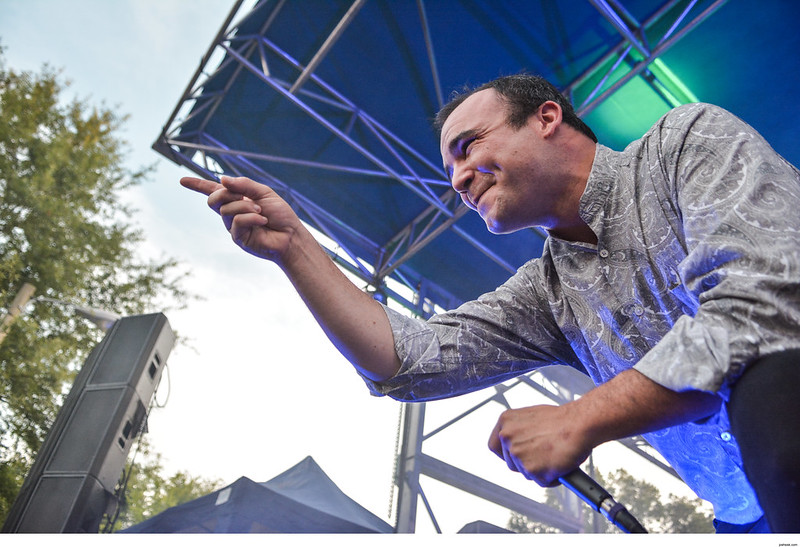 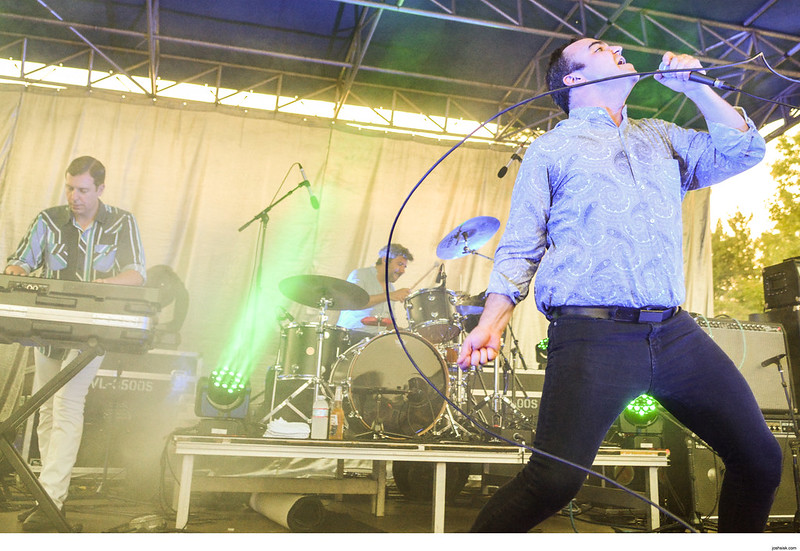 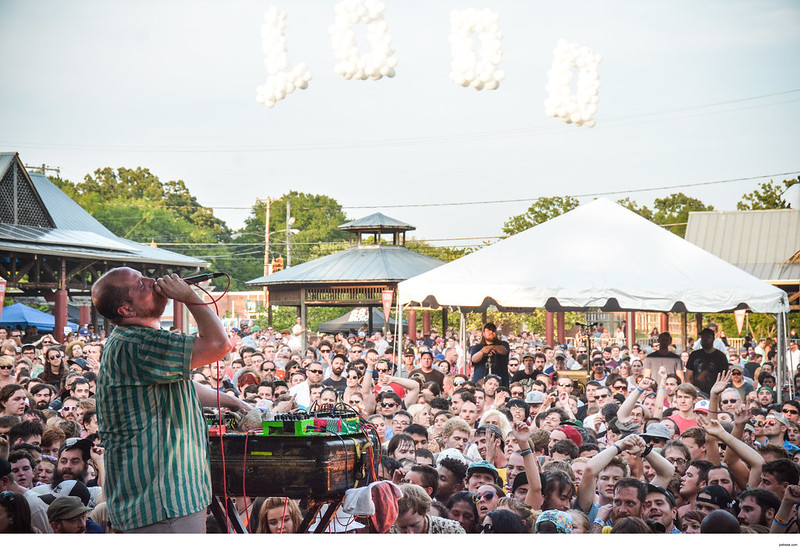 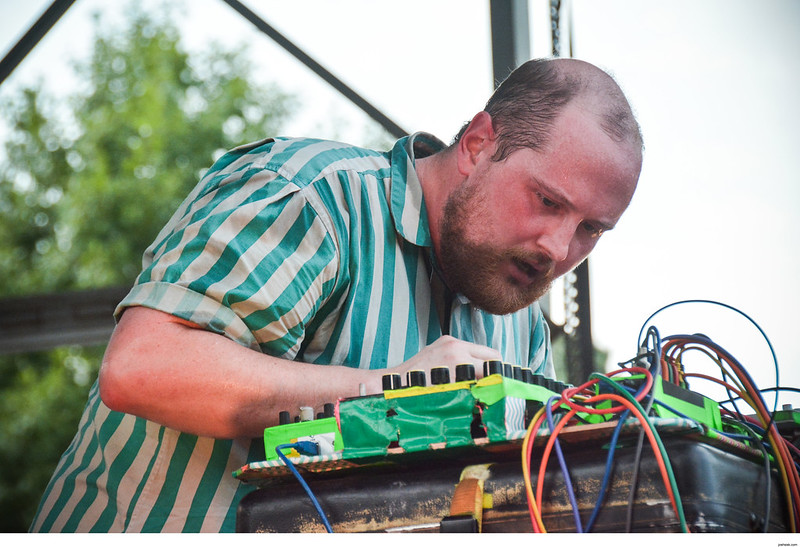 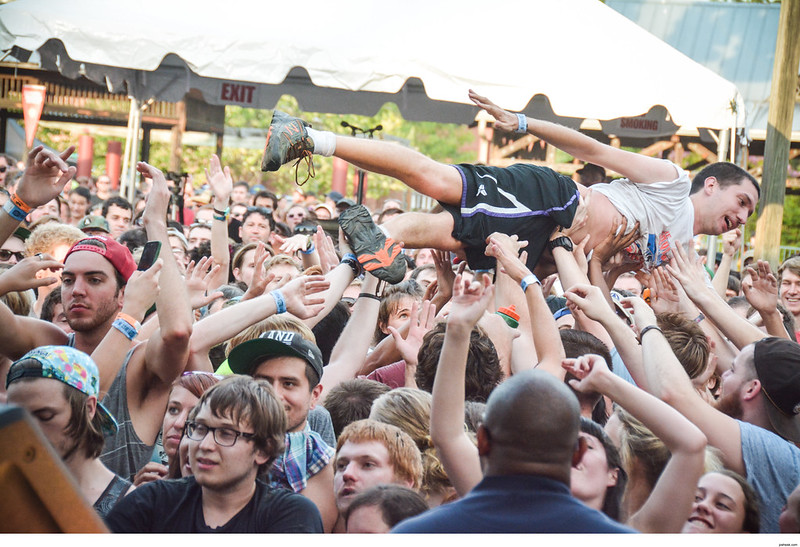 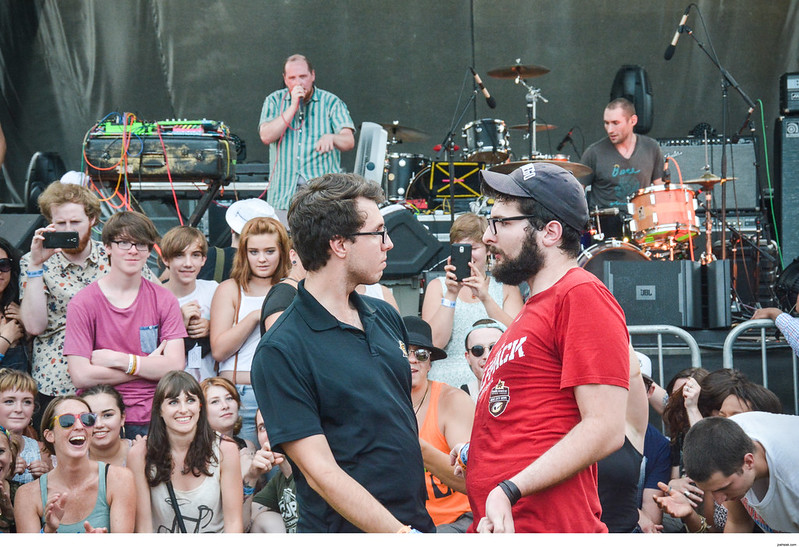 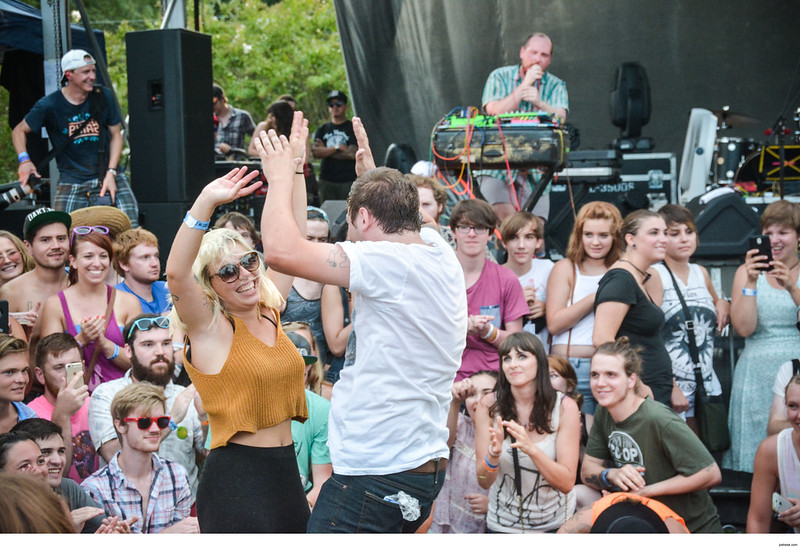 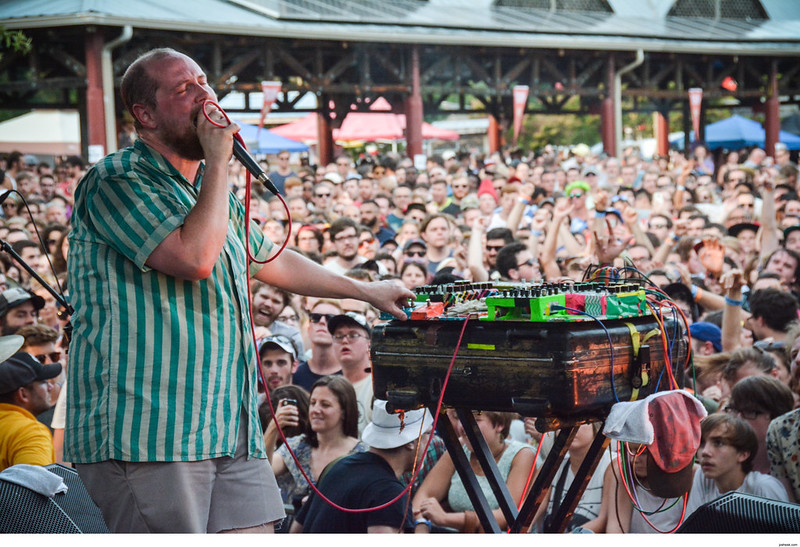 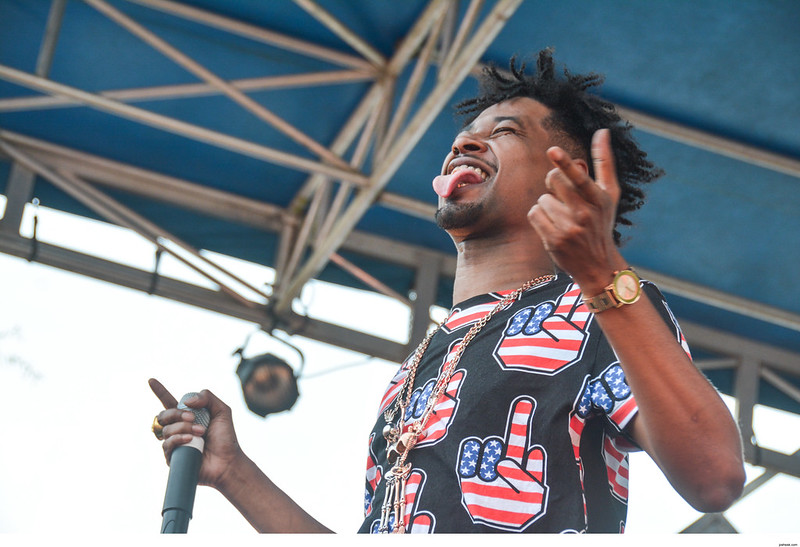 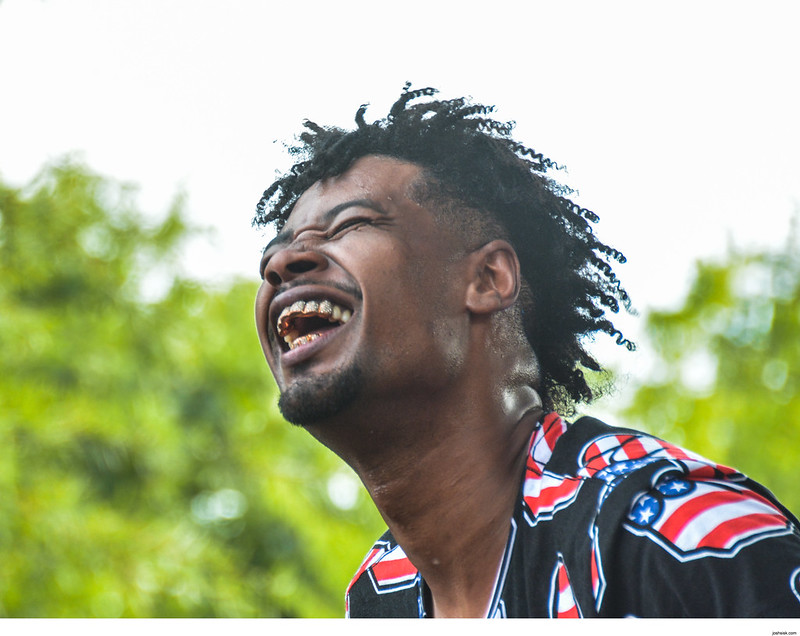 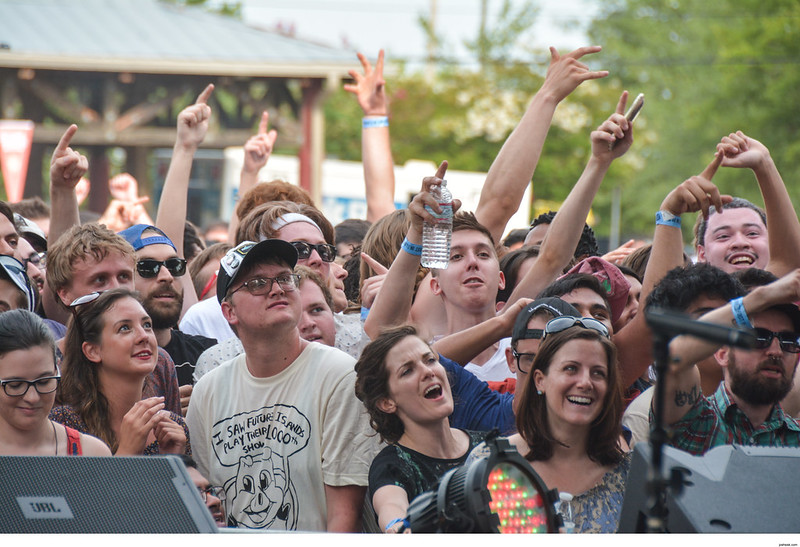 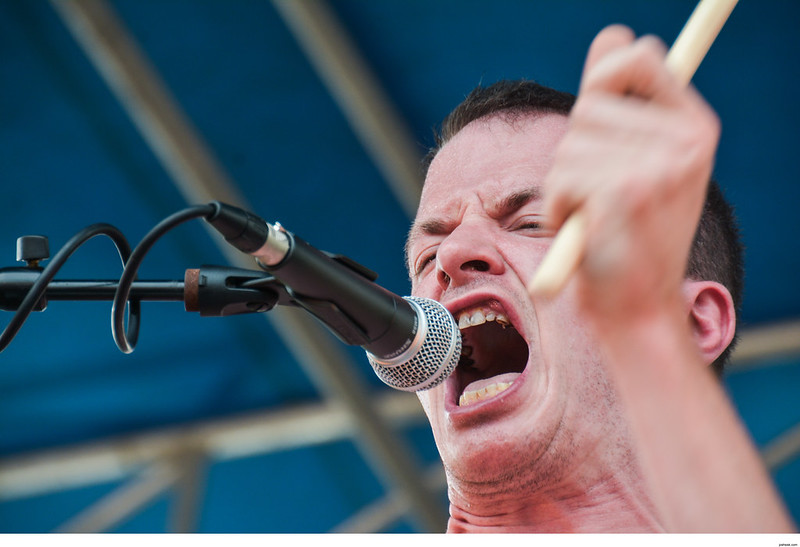 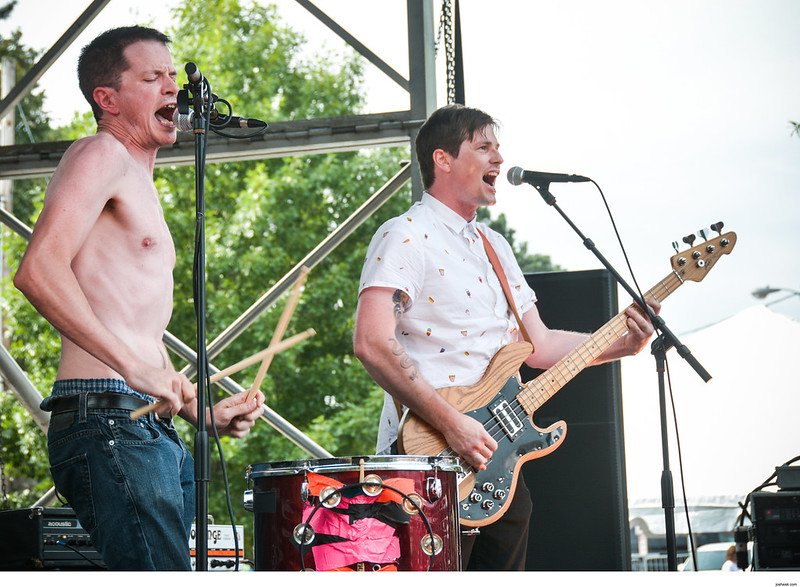 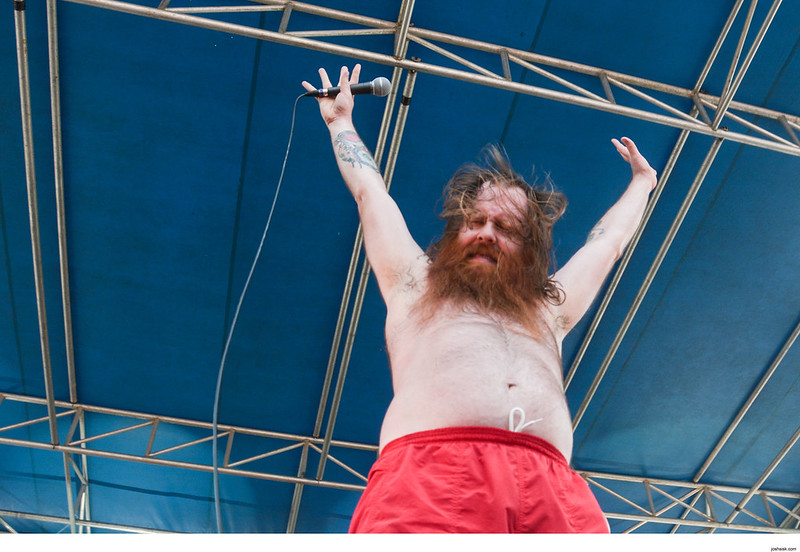 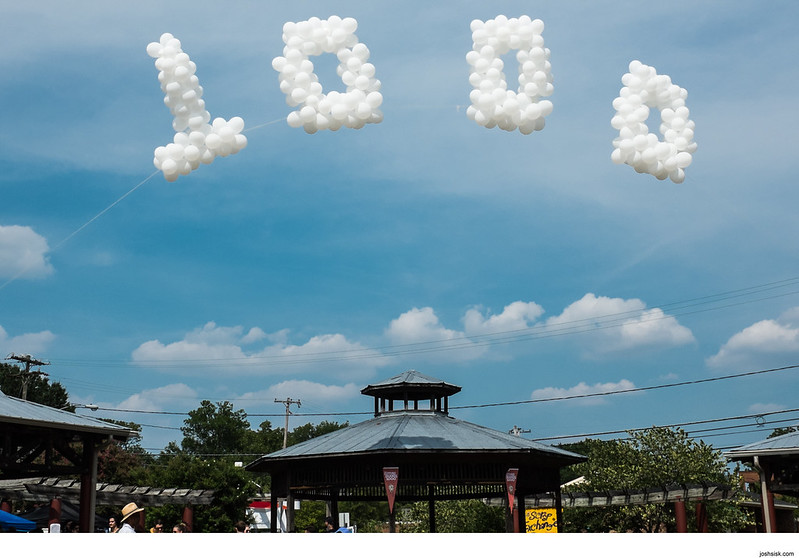 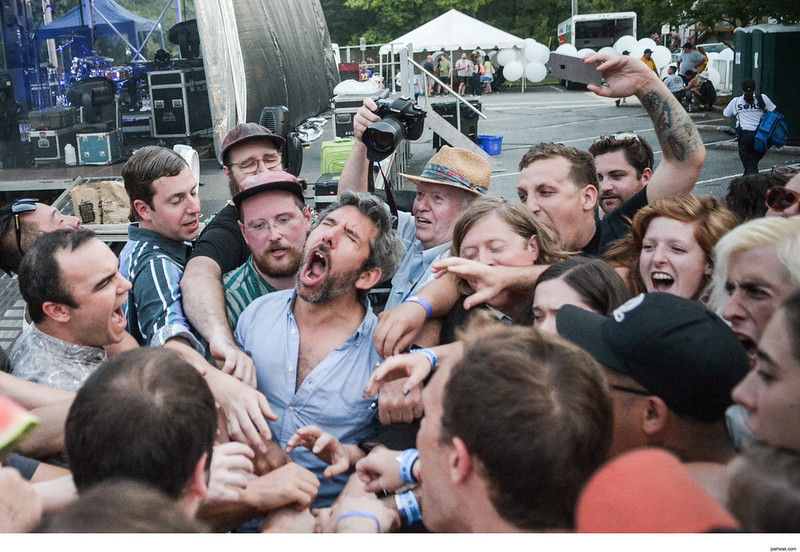 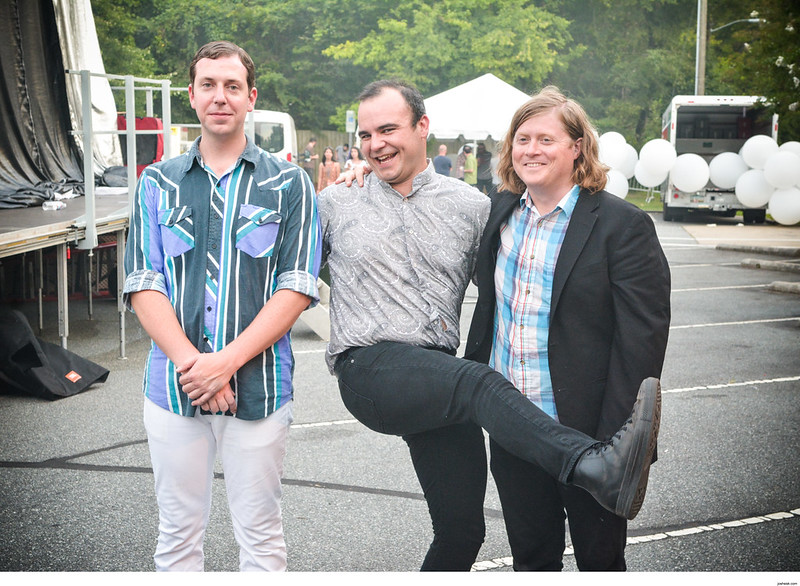 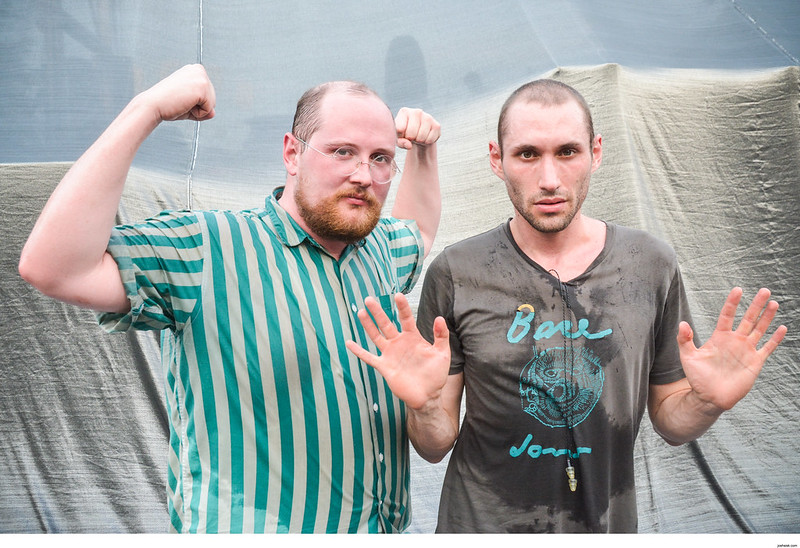 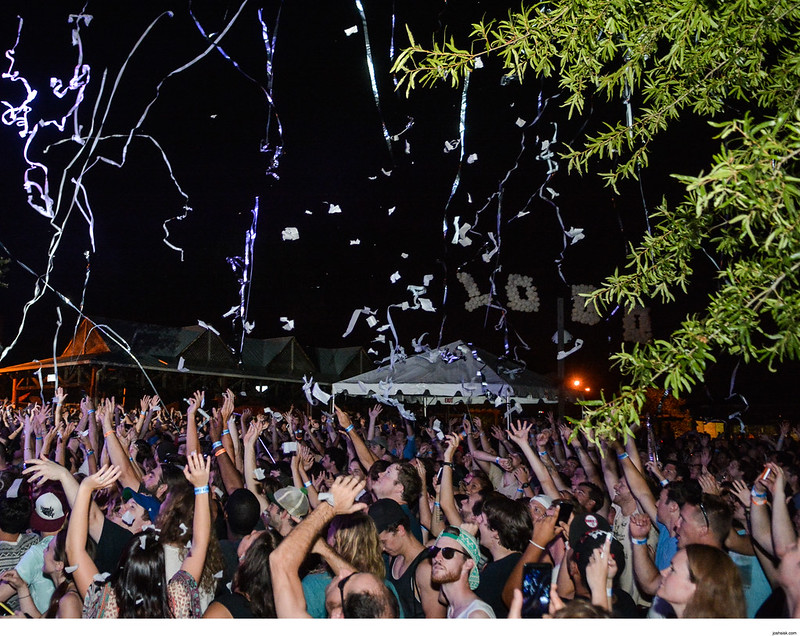 Earlier this summer I made the trip down to Carrboro, NC with noted Baltimoreans Kevin Sherry and Mark Brown to watch Future Islands play their celebratory 1000th show. I wrote the following for Noisey:

FUTURE ISLANDS BRING IT ON HOME TO NORTH CAROLINA FOR THEIR 1,000TH SHOW

Future Islands capped off their first 1,000 shows (and a tremendous year) with an all-fam celebration in Carrboro, NC this Sunday, appropriately dubbed FI1000. Not wanting to miss it, I packed into a car with a few other Baltimoreans and road tripped it down there. Though known primarily as a Baltimore band, the boys grew up in North Carolina and started the band there, so it felt right for this party to be down south.
Located at the open air Carrboro Town Commons, the show had kind of a block party or family reunion vibe with a lineup filled with old friends of the band. NC buddies like Valient Thorr and Lonnie Walker, along with Baltimore friend Dan Deacon and Ed Schraderâ€™s Music Beat. Add in Danny Brown and about 4,500 exuberant fans and thatâ€™s a recipe for quite a party.

The relaxed atmosphere was pretty perfect for a intimate fest like this, with the artists mingling with the (mostly young) crowd, who seemed appreciative of even the early bands on the bill. But once Danny Brown took the stage, the energy of the crowd spiked sharply, with people dancing exuberantly, grinding, chanting along. The stage fencing almost gave way at more than one point. I donâ€™t think the Carrboro Town Commons security staff had seen a show like this before.

Dan Deacon kept the energy high, performing a set mixed with both new tracks and old classics like Wham City and Crystal Cat. Iâ€™ve seen him do his audience participation parts more time than I can count, but it never ceases to amaze me how he can coax a huge crowd into seemingly anything. He also took time to speak about police violence and how it affects us all, the most somber moment of the night but delivered in a classic uplifting and reflective Deacon manner.

All the artists told stories about Future Islands, some dating back to even before they were a band. The anticipation was super high for them to take the stage at dusk. Always charismatic on stage, it was obvious how pleased the guys were to be playing in front of friends and family. Throughout, frontman Sam Herring kept the crowd engaged with anecdotes and stories (told in a Southern accent that grew throughout the night) about their time as a band, growing up in North Carolina, and about the other bands who played. It was a great set, full of both intimate moments and big stage moves – confetti and huge balloons kept the crowd bouncing. They played a packed set which of course included songs like Seasons and Tin Man, but also ranged to older, little heard songs like Pinocchio and New Autobahn, to the obvious pleasure of the crowd. They closed the show out with a promise to return to Town Commons when they hit 2000 shows, though I guess theyâ€™ll need a larger venue next time.